The Structure References feature allows you to see structures and maintainables which have been used (References) when the structure was added/edited and in turn which structures refer to (Referenced by) the chosen structure.

The option is available from the Home menu and may be accessed by any user, whether logged in or not. 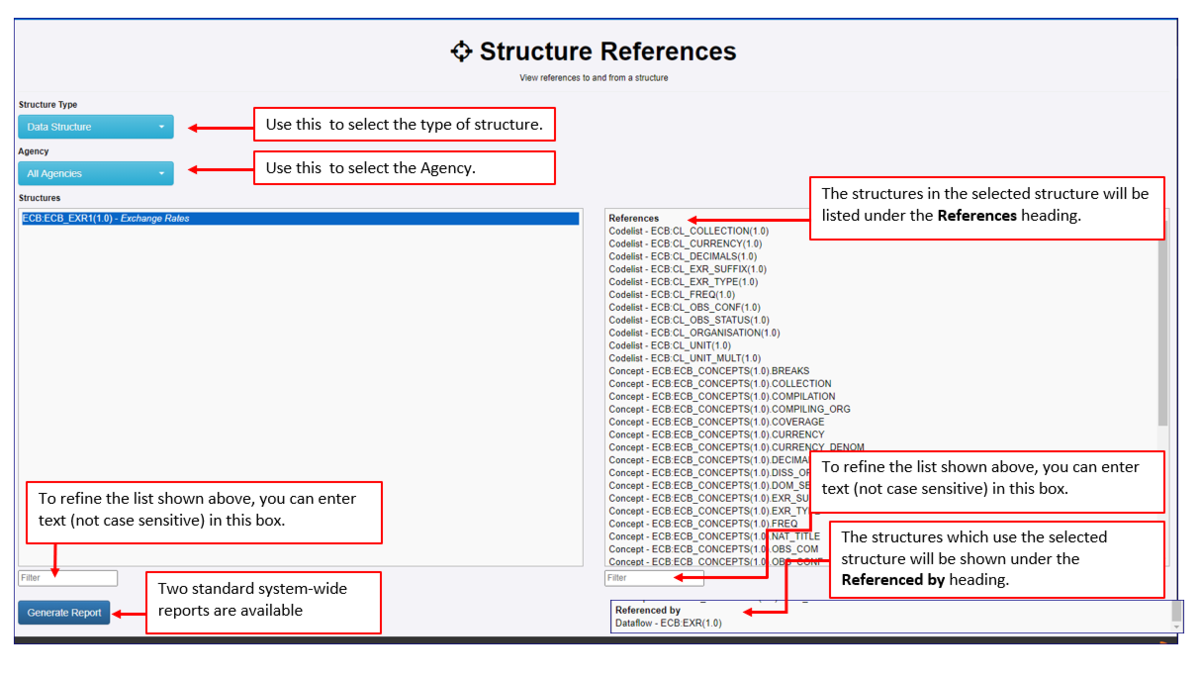 The example above shows the ECB's Data Structure EXR1 which is available on the Metadata Technology Demo site: https://demo.metadatatechnology.com/FusionRegistry/data/datastructure.html.

See this article Load Structures for more information on how to obtain these structures.

This report consists of 3 worksheets.

Examples are shown in the image below. 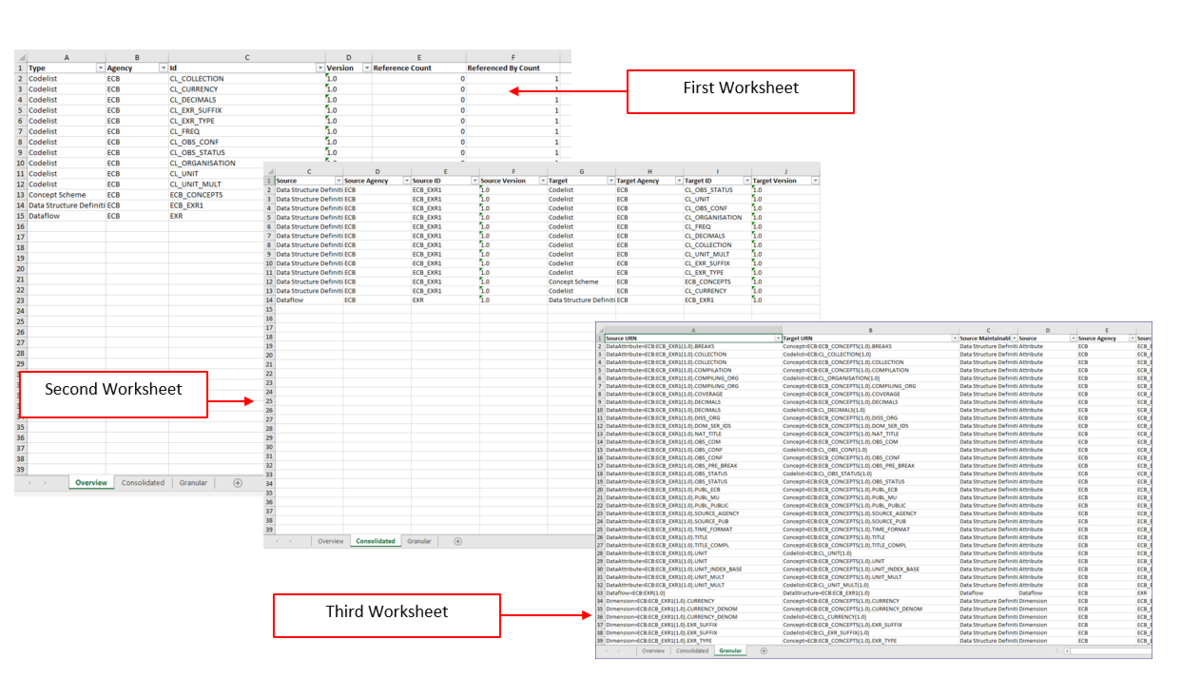 Structures with no Cross References Report