This time-saving feature allows you to inherit codes from another Codelist rather than having to recreate codes that are already in the Registry.

You can do this from either a new or an existing Codelist. In step 1 of the wizard on the right-hand side of the page, you will see the Inheritance buttons.

If the Add button is clicked, a list of Codelists will be displayed and you can select one or more to be used. 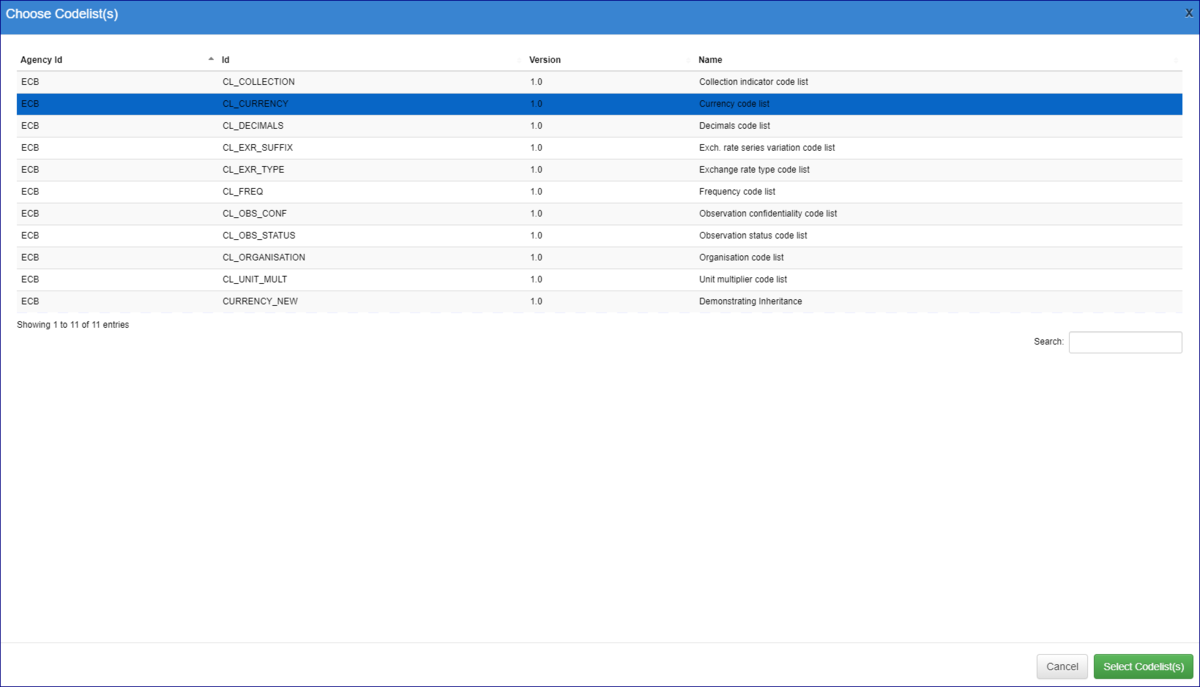 Having selected a Codelist, you will see the selection reflected in Step 1 of the Wizard.

This can be done in the usual way either via Step 2 of the Wizard (CSV import) or via Step 3 (Manual Editing). It is important to note that in the Codelist which is inheriting codes from another Codelist, only codes added will be displayed in the Wizard as shown in the example below (Step 4 of the Wizard).

Note: If you add a code which has the name ID as one in the Inherited Codelist, the one that you add manually will be used when this Codelist is referenced by a Concept Scheme or a Data Structure.

From the Codelist page, if you select View you will be able to see all codes, both inherited and manually added.

From Step 1 of the Codelist, select the one to be removed and click Remove.

The Inheritance is recorded as an Annotation and, as such would be treated as an Internal Setting when a structure is downloaded as detailed in the Export Structures article.

The annotation type is EXTENDS as shown below.

If the Codelist with Inheritances applied is deleted there are no other implications.